Poisoning of a Bonelli's Eagle : the OFB conducts investigations and searches

Environmental inspectors from the French Biodiversity Agency carried out searches as part of an investigation into the death of a Bonelli's eagle, a rare and protected species. They have seized insecticide products that may have been responsible for the death.

It all began in 2021 with the discovery of a Bonelli's Eagle’s remains in the commune of Saint-Chamas (13) by the Bouches-du-Rhône departmental service of the French Biodiversity Agency (OFB). The bird of prey was fitted with a GPS tag as part of a monitoring programme conducted by the PACA Conservatoire d'espaces naturels.

A long investigation leading to a search

Toxicological analyses subsequently showed that the bird of prey had been poisoned by a family of insecticides whose active substance had been banned from sale in France for many years. A judicial investigation for the destruction of a protected species was then opened by the public prosecutor's office in Aix-en-Provence and entrusted to the environmental inspectors of the French Biodiversity Agency. In order to facilitate the investigation, the various actors decided not to communicate about this discovery.
After several months of investigations, the OFB environmental inspectors targeted a possible culprit who works on the site where the remains of the Bonelli's eagle were discovered and decided to search his home and workplace in the early hours of Tuesday 3rd May.

For many hours, the OFB agents of the Bouches-du-Rhône departmental service, the mobile intervention brigade and the PACA-Corse Interregional Directorate, accompanied by the vice-prosecutor in charge of the investigation and two gendarmes from the Berre-l'Etang brigade, proceeded to a meticulous search of the various facilities and finally discovered a hidden stock of an insecticide product banned for sale for more than 10 years because of its dangerousness, as well as equipment used to inject poison into bait. All the products and objects were seized.
The individual was interviewed by environmental inspectors who will now finalise their investigation before passing it on to the public prosecutor.

An emblematic species in danger

The Bonelli's Eagle (Aquila fasciata) is a medium-sized bird of prey (about 70 cm long with a 1.70 m wingspan) weighing between 1.5 and 3 kg.
It is an emblem of the Mediterranean region and one of the four species of eagles breeding in France and the most threatened of them, with only 42 pairs present in France in 2021. 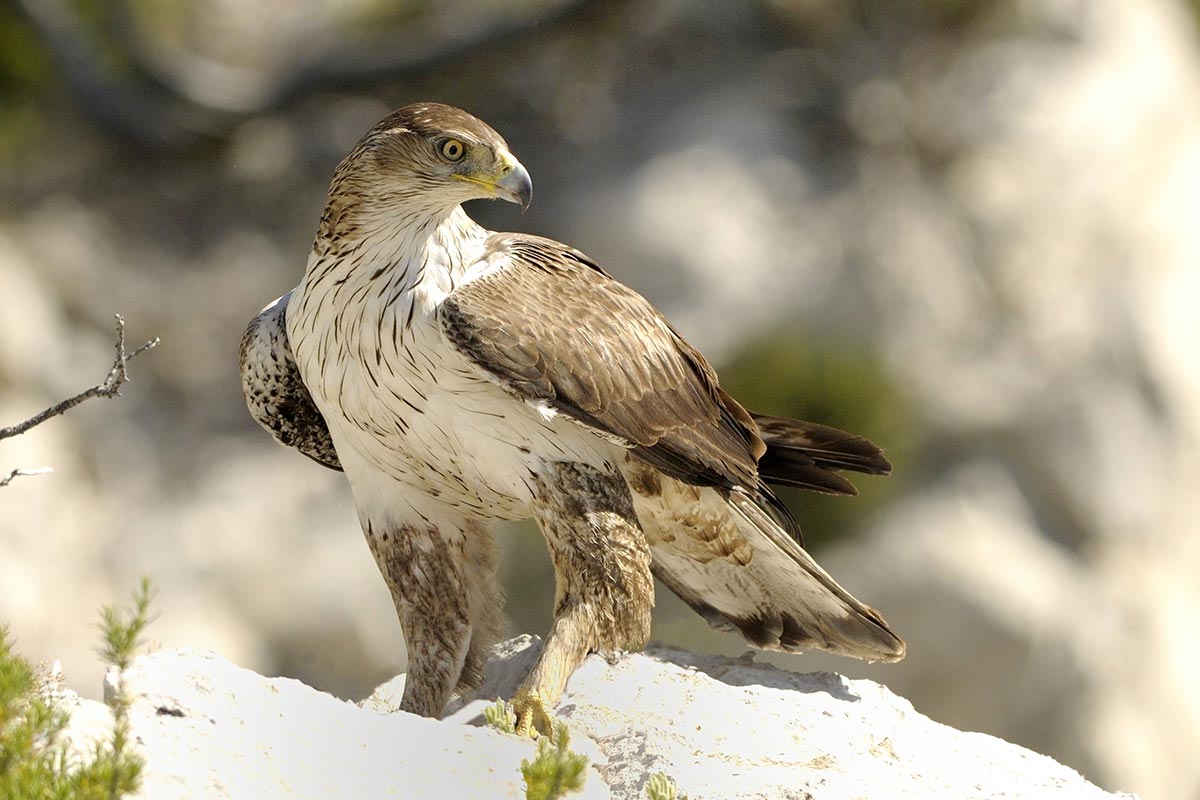 This rapid decline of the species is primarily due to persecution (de-lighting, illegal shooting, poaching) and to changes in land use: the abandonment of agriculture (and the disappearance of traditional extensive farming and stockbreeding), and the rapid development of infrastructures, in particular the overhead electricity distribution network. These changes have led to the closure and fragmentation of the environments used by the Bonelli's Eagle, resulting in reduced availability of trophic resources and increased electrocution/impact mortality. In addition, the decrease in wild rabbit populations has greatly reduced the food resources for this predator.

A National Action Plan for the species is underway to consolidate the French population and ensure its sustainability. The Bonelli's Eagle is protected in France and in Europe (Annex I of the Birds Directive and Annex II of the Bonn and Bern Conventions). In France, it is included in the red list of threatened species in the "endangered" category.

Poisoning: a scourge for wildlife

Poison has often been used in the past to destroy wildlife. It was with this method that the wolf was eradicated from France in 1930. Even today, many animals are found every year having succumbed to poisoning. The use of poison has serious consequences because the entire food chain can be poisoned, from the prey to the scavenging species (vultures) and the various predators.
The destruction of protected species by any means is punishable by 3 years imprisonment and a fine of €150,000.